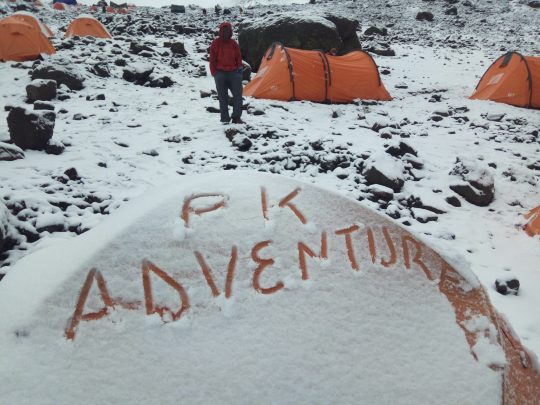 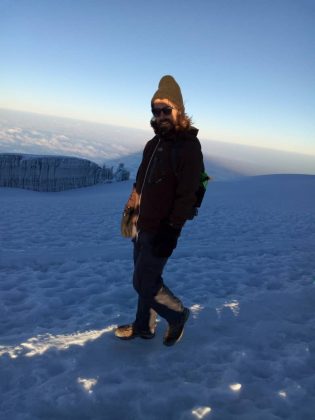 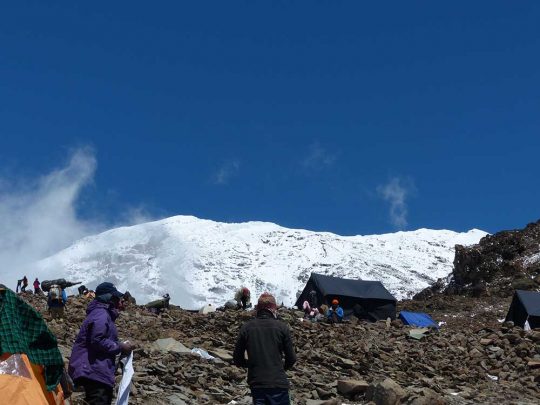 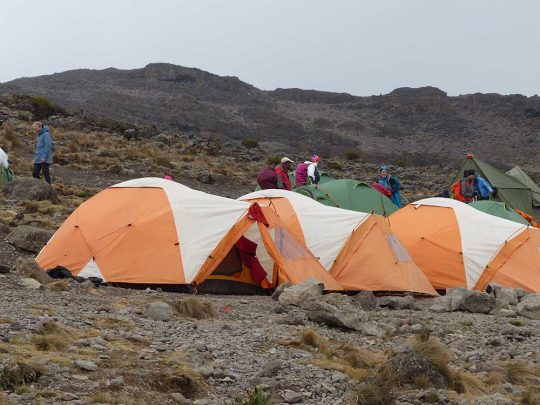 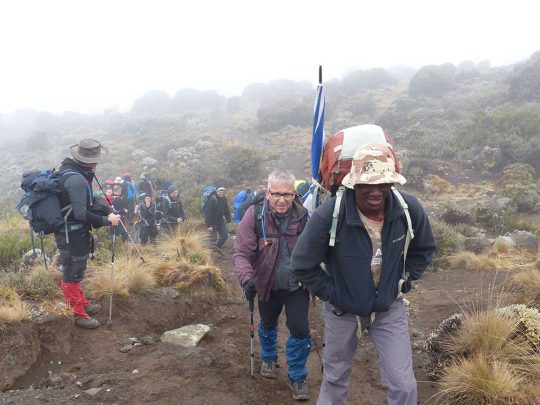 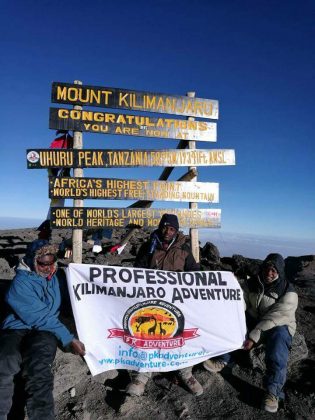 Approaching Mt. Kilimanjaro from the North, Rongai Route offers unspoiled wilderness experience where it is possible to see wildlife like antelope, elephant and buffalo. It’s the most quiet route suitable for those who wants to get away from the crowds.

You will be met at Kilimanjaro Airport (JRO) by a PK Adventure staff member and transferred to your hotel in Moshi. We will go through an equipment check and your guide will give a thorough briefing and answer any questions that you might have. If you have a later arrival, this can be done in the morning before departing for the mountain. Any equipment items that you are lacking can be rented locally.

After an early breakfast at your hotel, we drive to the Rongai Gate near the Kenya border. After registering at the gate, begin your climb to Uhuru Peak, the “Roof of Africa”. During the first day, hike through forests where you may see and hear wildlife. Eat lunch on the trail before continuing to the first campsite. Rongai ascends via the less forested northern side of the mountain.

The Rongai Route is one of the least crowded routes on Kilimanjaro because of the long drive to the gate. The Rongai trail is thought to have the best chance of viewing wildlife.

During day two hike through Kilimanjaro’s moorland. The Rongai route is relatively short and steep, making for shorter hiking times. During this day, there will be some good views of Mawenzi Peak, one of Kilimanjaro’s extinct volcanoes.

This day is an acclimatization day, allowing you to hike in the beginning of the day and rest in the afternoon and evening. The hike is relatively short but steep. The Mawenzi Tarn Campsite is situated below Mawenzi Peak and offers stunning views of both Mawenzi and Kibo.

Cross the lunar-like landscape of the saddle on this day to arrive at the final campsite, Kibo Camp is situated directly below the Kibo cone, giving you views of your final destination.

Around midnight, begin the final ascent to Uhuru Peak, the highest point in Africa. For the next six hours, hike by the light of your flashlight. The ascent to the crater rim is the most challenging part of the entire trek. The trail is very steep until you reach the crater rim at Gilman’s Point.

The hike from Gilman’s to Uhuru Peak is a gradual climb and, as far as hikes go, not very difficult. The altitude, however, makes the hike long and tiring. The crater rim hike takes approximately two hours. Upon reaching Uhuru, take photos of your guide and group at the peak before beginning the descent to Horombo Hut. The descent follows Marangu Route. Although there are huts present, they are only used for those using Marangu Route.

After breakfast, finish the trek with a descent to Marangu Gate. Your last hike on Kilimanjaro is a beautiful one, passing through Kilimanjaro’s cloud forest. Watch your step during the descent, as the trail can be slippery.  Shorts and a t-shirt are usually sufficient, but rain gear needs to be kept on hand. Our vehicles will be waiting at Marangu Gate to take you back to your hotel in Moshi. Your hotel for this night is included as part of your climb package (B&B plan). 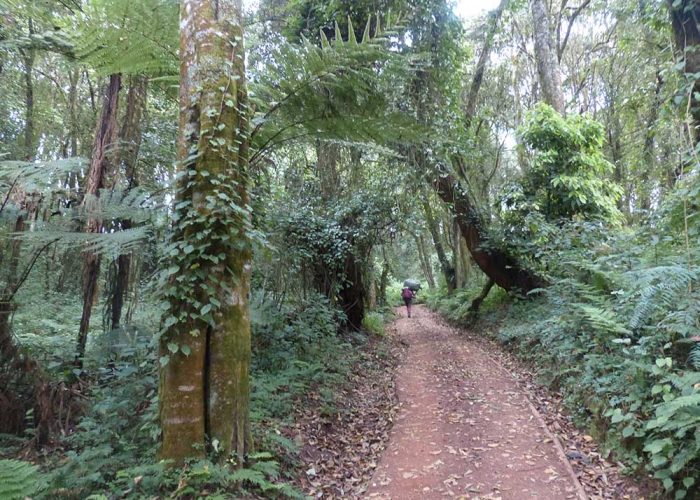 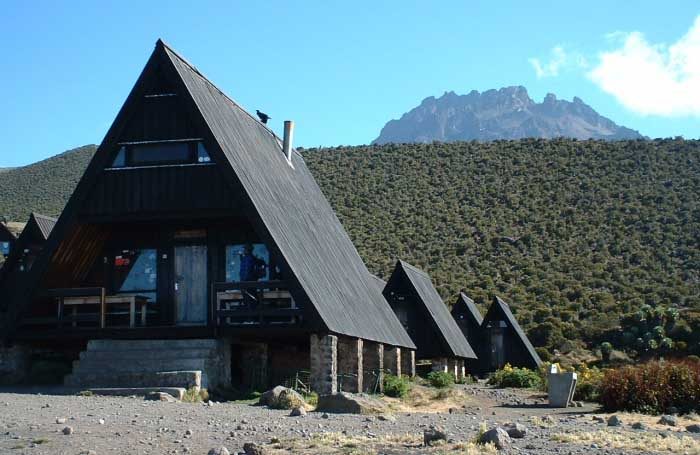 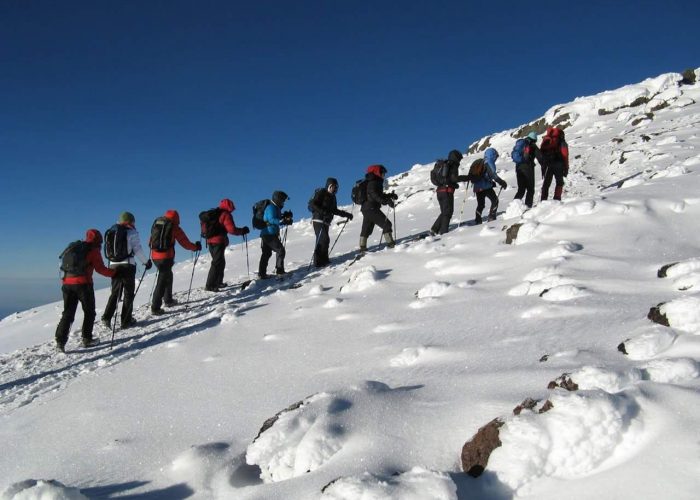 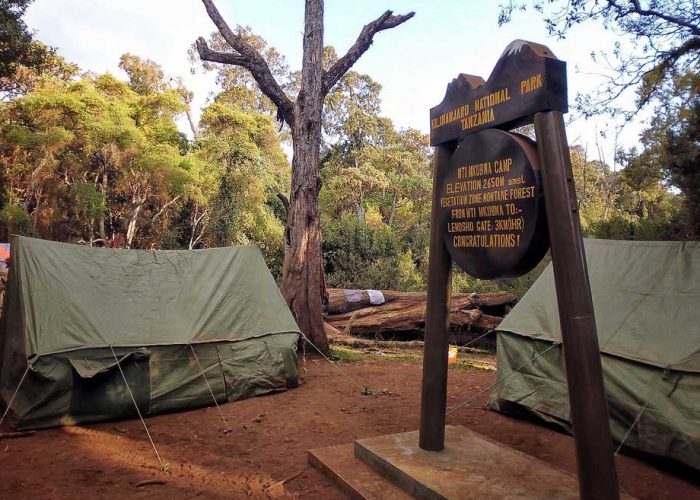 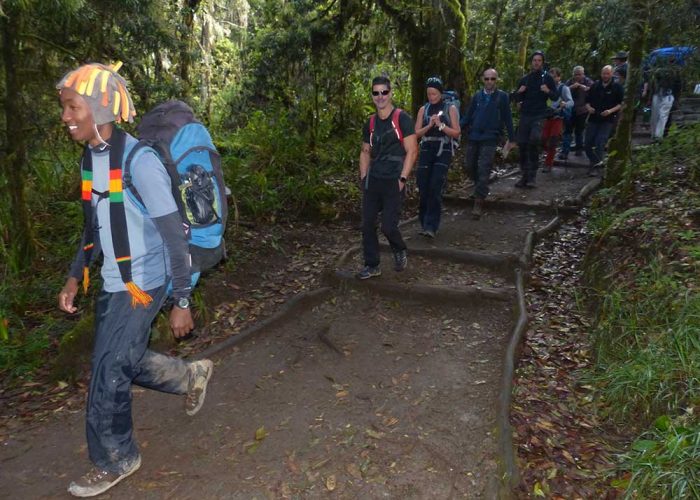